Trend Report: Philadelphia Buying and Selling in the Fourth Quarter 2017 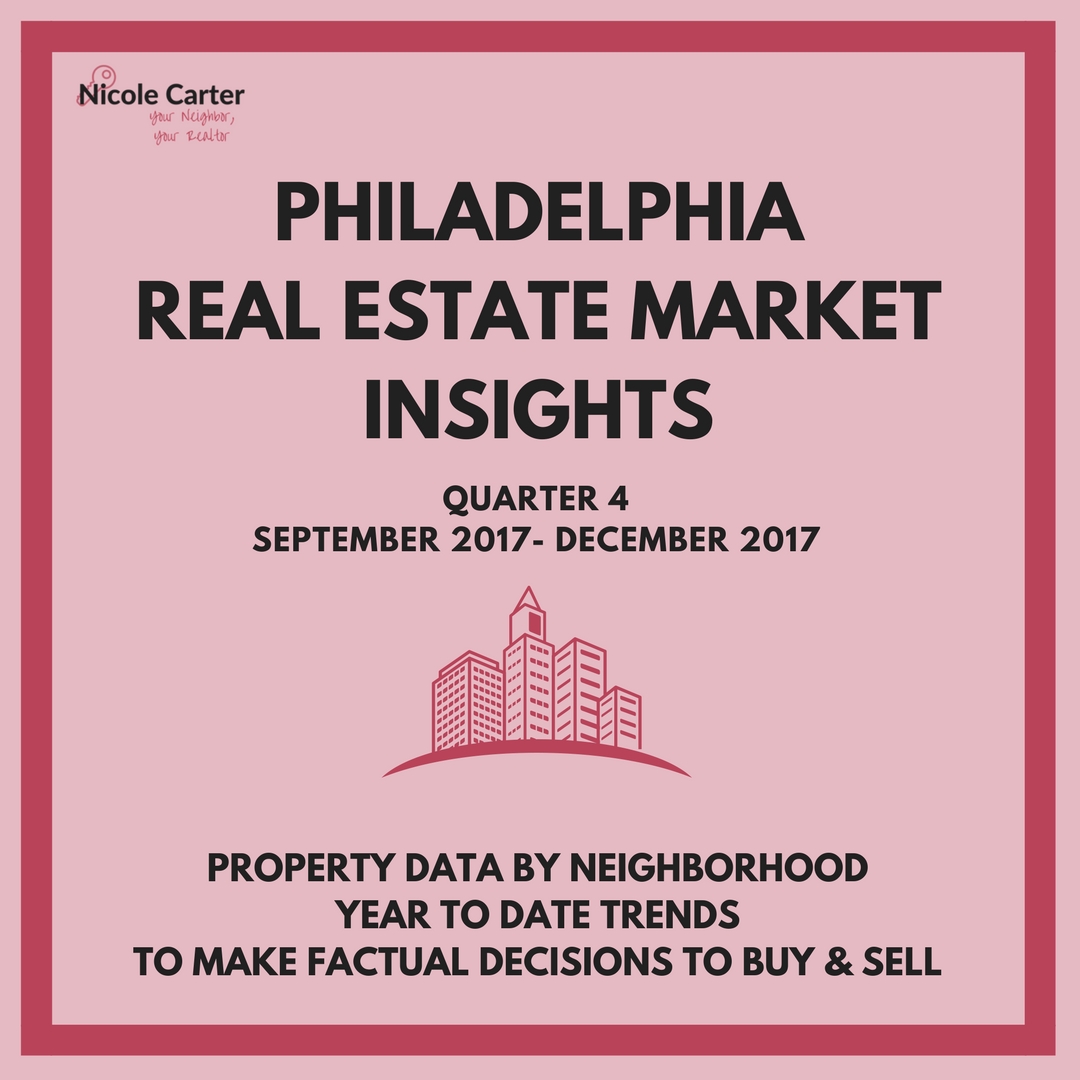 The results are in and the housing market in Philadelphia is still a seller’s market. According to a TREND report, less homes are being placed on the market each year, so sellers are listing their homes for more money. Take a closer look at the study, which shows stats from the fourth quarter 2017. 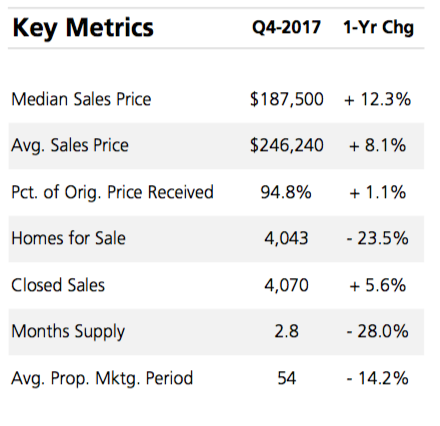 The chart above shows an overview of home sales in Philadelphia County during October, November, and December 2017. In comparison to the same time in 2016, home sale prices have gone up. That may be because the number of homes for sale have gone down. 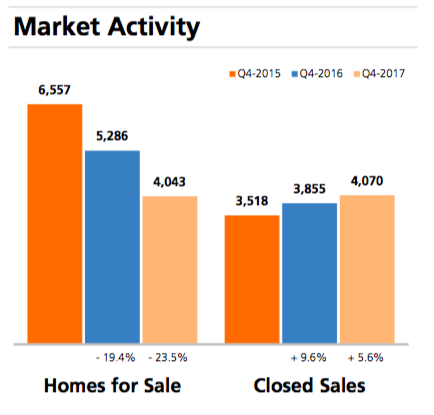 This bar graph supports this trend, that over the last three years, homes being put up for sale have decreased; therefore, the prices of homes in Philadelphia are increasing.

This isn’t a new trend for the Philadelphia housing market. In fact, the median sales price for homes in Philadelphia have been steadily increasing since 2007, starting at about $130, 000 to almost $190,000. 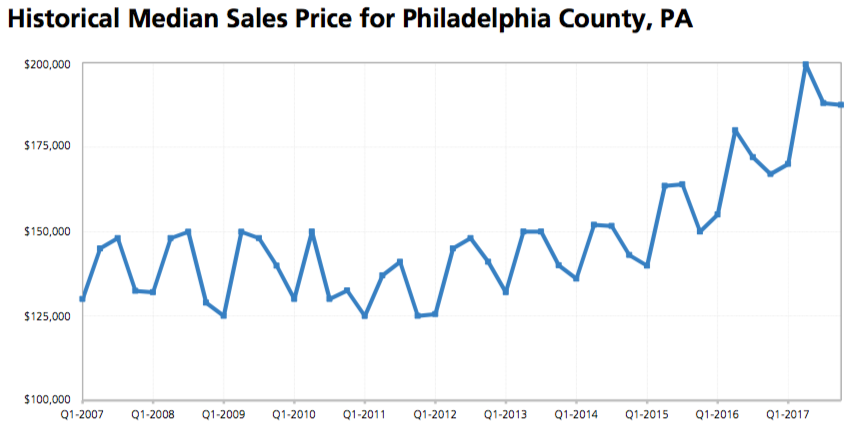 The last two charts below show home sale trends for the ten hottest neighborhoods in Philadelphia.

Q4 2017 shows that the Philadelphia housing market continues to be competitive. With less homes available for sale, sellers can ask for more money than they would be able to with an oversaturated market. And with more people leaving the suburbs behind and opting for city life, homebuyers will be willing to pay the asking price in desirable areas.

Print Details
Previous post
Next post
My Brand Story
Everyone’s Online and Your Listing Will Be, Too
Enter city, zip, neighborhood, address…
Loading in progress…
No results found
Type in anything you’re looking for
Search