According to recent research from economists at NYU, Harvard and Facebook, our decisions about buying property are heavily influenced by our social media networks.

The researchers set out to study whether a person's social media network would influence their housing investment decisions, and if those decisions could show an effect on local housing markets in aggregate. On both counts, the research suggests a significant impact. 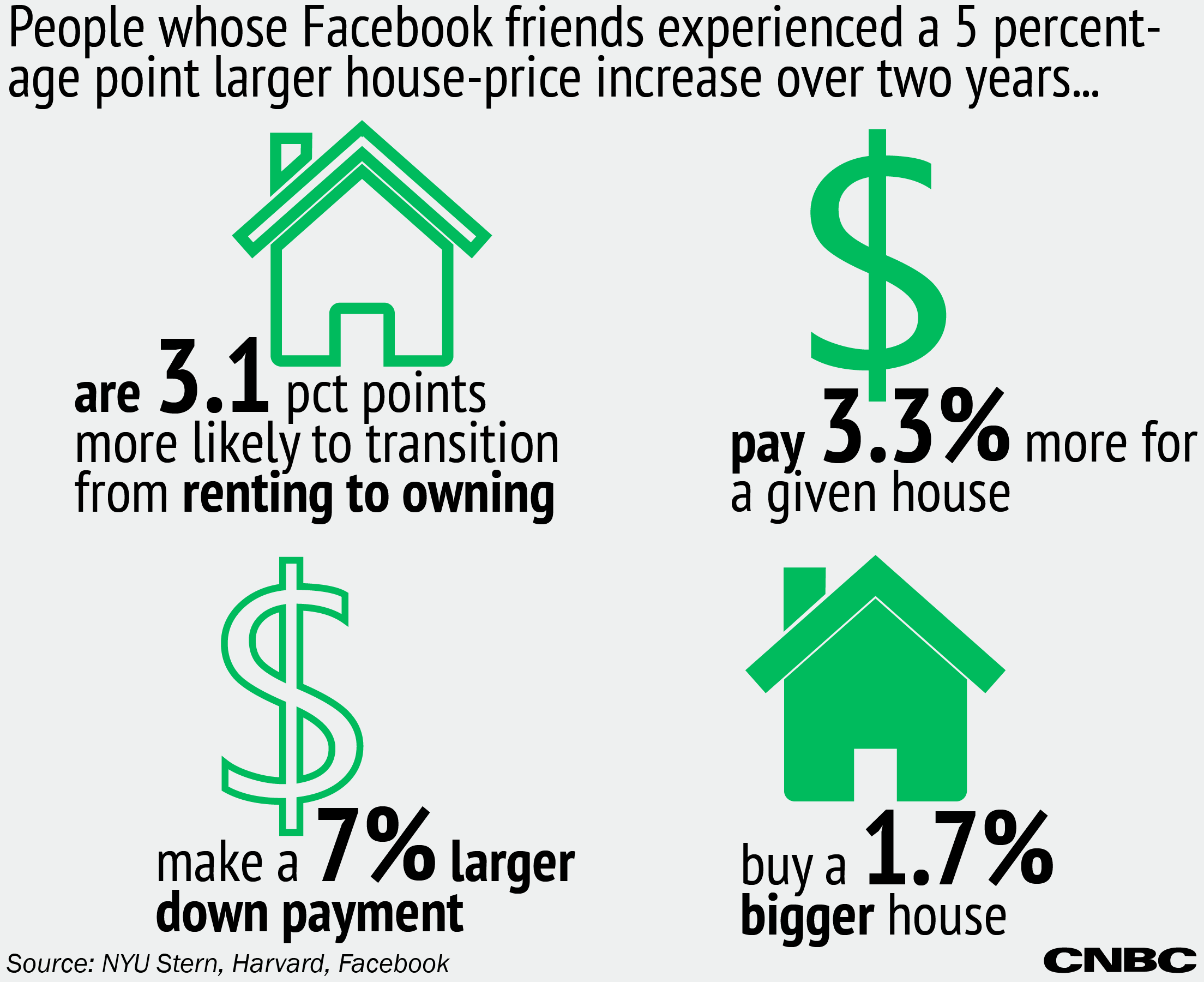 Individuals could be influenced by distant house-price fluctuations to buy and sell property in their hometown.

If your friend finds a great investment and lets you know about it, of course you'll want to explore the opportunity for yourself. As Stroebel said, "If your friends are in Chicago and my friends are in Boston, and Chicago sees house prices increase, you're going to be more optimistic about buying a house than me."

A person whose Facebook friends saw their homes appreciate 5 percent more than the market average in the past two years is 3.1 percentage points more likely to buy a home themselves in the next two years.

Lawrence Yun, chief economist with the National Association of Realtor thinks this is leading to that sense of envy and what the millennial generation calls 'fomo,' or 'fear of missing out.

These individual decisions, which are influenced by a person's social network, can come together in aggregate and actually affect the housing market as a whole, observable at the county level.

Print Details
Previous post
Next post
Living in Rittenhouse Square: 10 Reasons to Call It Home
Keep Your Home Cool in the Heat
Enter city, zip, neighborhood, address…
Loading in progress…
No results found
Type in anything you’re looking for
Search